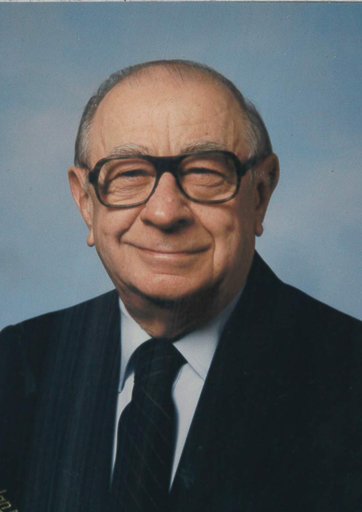 December 1, 1920 - March 24, 2017 Edward J. Putz. Age 96, of Southgate. Beloved husband of Lucille. Loving father of David (Cathy) Putz, James (the late Donna), and Janet (Larry) Hunter. Proud grandfather of 12. Dearest great grandfather of 16. Also survived by many nieces, nephews, extended family and friends. <center>FAMILY TRIBUTE</center> "I did the best I could" -Ed Edward Putz was born in Wyandotte, Michigan and was one of 8 children in his family. Ed attended Roosevelt High School in 1939. He joined the United States Army during World War II and fought valiantly earning a Silver Star. Ed married the love of his life, Lucille in 1948 and had three children: David, James and Jan. Ed enjoyed bowling and was an avid golfer. But what he loved most was spending time with his family. He was very devoted to them. Ed was the last survivor of his eight siblings. He is survived by his three children, twelve grandchildren, sixteen great grandchildren and many many extended family and friends. "You did great, Dad" -Love, Dave, Jim and Jan VISITATION <br>Sunday ~ March 26, 2017<br> 1:00 PM- 9:00 PM<br>SCRIPTURE<br> TBD<br> Molnar Funeral Homes - The Thon Center INSTATE<br> Monday ~ March 27, 2017<br>9:30 AM <br>MASS<br>10:00 AM<br> St. Pius X Catholic Church

Share Your Memory of
Ed
Upload Your Memory View All Memories
Be the first to upload a memory!
Share A Memory