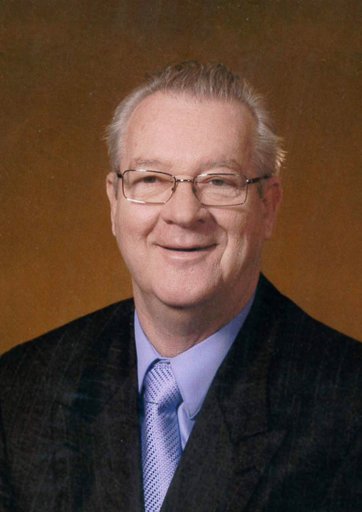 January 2, 1947 – March 27, 2017 Bill Martin, Age 70 of Southgate. Beloved husband of Nancy Martin. Loving father of Kenny (Katie) Martin and David Martin. Proud grandfather of Rylee and Shelby Martin. Dear brother of James (Dianne) Martin. Bill retired in 2002 from Trenton Engine. FAMILY TRIBUTE Bill Martin was a devoted husband, father, and grandfather. He graduated from Lincoln Park High School in 1964, where he met and later married his high school sweetheart Nancy - they were married for 49 years. Shortly after high school, Bill was drafted and served in the US Army “Old Ironsides” Division for 1966-1968 during the Vietnam War. He was an avid sports fan, but particularly loved baseball. He played almost every day throughout his childhood, and was scouted by the Detroit Tigers at a young age until he injured his throwing arm. Bill spent 37 years working at the Chrysler Trenton Engine plant. He was always passionate about giving his best at his job and being able to take pride in everything he did. Bill worked his way from the assembly line to Area Manager before he retired from Chrysler in 2002. He could name any type of car on the road from any era just after a quick glance. For several years after retirement, he got the opportunity to work for a local vehicle transport company and got to drive many different types of vehicles. Bill was a loving father, and was always there for his two sons - giving advice, being there for every sporting event or big moment, lending a hand to help fix a car problem, or driving across the country to work on something around the house. Bill worked hard and sacrificed to make sure the family had everything they needed. He also enjoyed traveling, and always found time to take the family up north to Traverse City every year. Las Vegas and Florida were two of his other favorite places to go. Bill loved animals; the family always had at least one dog in the house. In recent years, Bill loved to spend time with his two beautiful granddaughters. Bill will be greatly missed by his family and all who were blessed to be a part of his life. VISITATION<br>Thursday ~ March 30, 2017<br>1:00 PM – 9:00 PM<br>ROSARY<br>7:00 PM<br>Molnar Funeral Homes – Southgate Chapel INSTATE<br>Friday ~ March 31, 2017<br>9:30 AM<br>MASS<br>10:00 AM<br>St. Pius X Catholic Church<br>14101 Superior, Southgate.

Share Your Memory of
Bill
Upload Your Memory View All Memories
Be the first to upload a memory!
Share A Memory