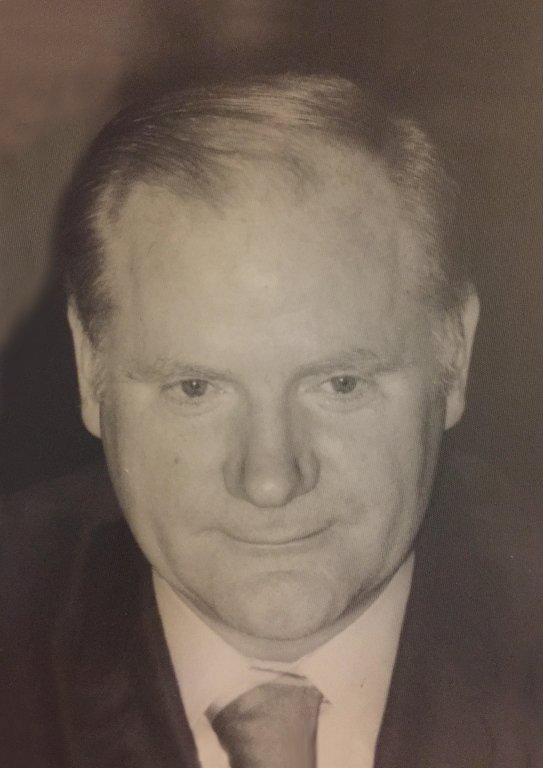 Paul MacDonald, age 89, passed away peacefully on May 4, 2017. He is survived by his wife Helen E. MacDonald, daughter Mary MacDonald-Barrett (Michael), sons Roderick MacDonald and Andrew MacDonald (Lori), grandchildren Kyle Barrett-Dold (Andrew), Trenton MacDonald, Carli MacDonald, Rachel MacDonald, Kevin Barrett, three beautiful great-grandchildren, his sister Rachel Scarano, and brothers Hugh Jerome and James. His siblings reside in Cape Breton Island, Nova Scotia. He was predeceased by his sister Mary Frenette, his brother Roderick, his brother John, his brother Joseph, his son David, and his grandson Brian Barrett. He was born in Detroit, Michigan on October 5, 1927 to Margaret Mary MacDougall-MacDonald and Daniel MacDonald. A few years later, his family moved to beautiful Cape Breton, Island, Nova Scotia, Canada, where he was raised. Growing up in Cape Breton, Paul loved the ocean, boating, fishing, and the outdoors. He became well known for his academic prowess and excellent hockey playing, mostly on the frozen ocean. As a child, he was a hockey fan who listened to Montreal Canadien games broadcast on the radio in French. He received a superb education and then joined the U.S. Navy. He served in the latter part of WWII on the U.S.S. Wisconsin. After his discharge from the Navy, he came back to Detroit to work and continue his education. He married Helen Bender and they raised four children in suburban Detroit. With his degree as a mechanical engineer, he opened a successful family business in Detroit and then began another with his sons in Houston, Texas. Always an avid learner, he read voraciously, and when the internet came along, he embraced it whole-heartedly to research and develop new ideas. He continued to remain a devoted hockey fan and supported the Detroit Red Wings. Visitation will be from 1:00 to 8:00 pm on Sunday, May 7 at John Molnar Funeral, 14032 Northline Rd., Southgate, MI 48195. He will be in-state at 9:30 followed by a Mass to celebrate his life on Monday, May 8 at 10:00 am at Christ the Good Shepherd Catholic Church, 1540 Riverbank St., Lincoln Park, MI 48146. In lieu of flowers, the family is requesting donations to the Capuchin Soup Kitchen Development Office, 1820 Mount Elliott Street, Detroit, MI 48207.
Send Flowers Plant a Tree
Print
Sunday
7
May