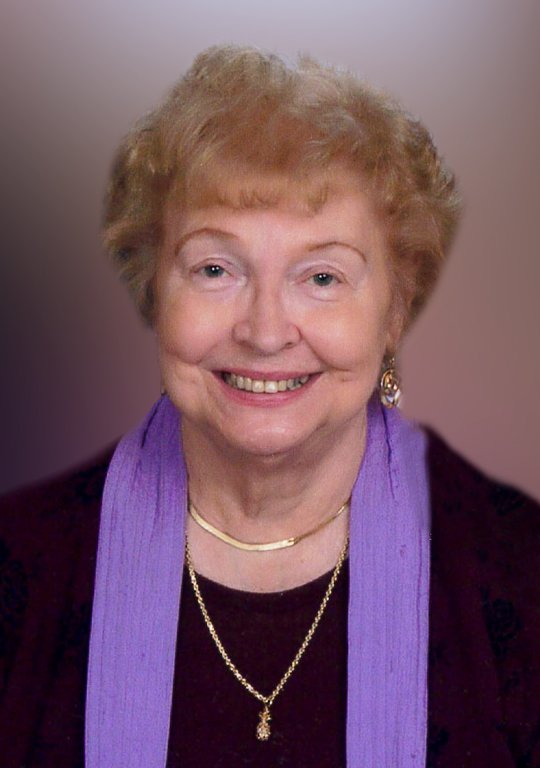 Irene was a council member of American Hungarian Reformed Church.  She also served as a volunteer for 15 years at Henry Ford Wyandotte Hospital.

Irene grew up with her mother, father, and two sisters, Margie and Betsy. She said she was a quiet and shy girl growing up. Hard to believe as her family since we knew her to be so outspoken. Her studies were very important to her. She was a straight A student and she won her 7th grade spelling bee, an accomplishment she was always very proud of. She valued hard work. Her ambition was to do secretarial work, which she succeeded in with her career at BASF. She retired as a Senior Executive Secretary to the vice president of the company but continued working part time for another four years. She remained involved with the company as a part of their retiree committee. Volunteering was an important part of her life, saying it made her feel like she was contributing to making society better. She was a part of The Friends of the Dearborn Library, volunteered with Henry Ford Wyandotte Hospital for over 15 years, served on the council of the American Hungarian Reformed Church, where she was a devout member.

Irene enjoyed traveling a great deal. She had a very strong Hungarian heritage and got the opportunity to travel to Hungary and Austria. She spoke of renting cabins up north and in Canada where they could fish and swim. She traveled to Las Vegas on several occasions, as well as Hawaii, and Niagara Falls. She went on a cruise through the Mexican Riviera. She said a trip that was particularly meaningful to her was with her son, Ted, and his family to Disney World. Her husband, Bob Wackman, passed just a couple of months before and she said it was very therapeutic for her.

Spending time with family and friends was definitely the most important thing in her life. She has one son Ted, his wife, Mary, three grandchildren, Breanne, Somer, and Shane, and one great granddaughter, Autum. Also among her family members were her two sisters, Margie and Betsy Nagy, nieces, nephews, the Kontos family, and godchildren. She also had a very special relationship with Eleanor and Frank Kender. While not actually related, they were definitely family. We got together for most holidays. The most important things she said she had to pass on were the happy memories of the times we spent together and the love she felt for all of us. And there were so many wonderful memories. From opening stockings on Christmas morning to day trips to Frankenmuth and Greenfield Village, or going to see The Radio City Rockettes or the Detroit Symphony Orchestra, or just going to brunch on the weekends.

There are three quotes she said she tried to live by:
1) Do it today and don't put things off until tomorrow
2) Live one day at a time
3) Don't live in the past

Irene's smile and joy lit up any room. She was a loving, caring, and beautiful soul who taught us so much in life. Her grace and love will be deeply missed, but always remembered.

In accordance with the Michigan Department of Health and Human Services Orders - The Molnar Funeral Homes is following and observing the 25 person cap on funeral attendance at one time.  We are also practicing social distancing and masks are required for every person entering the building. Thank you for helping us keep everyone safe.