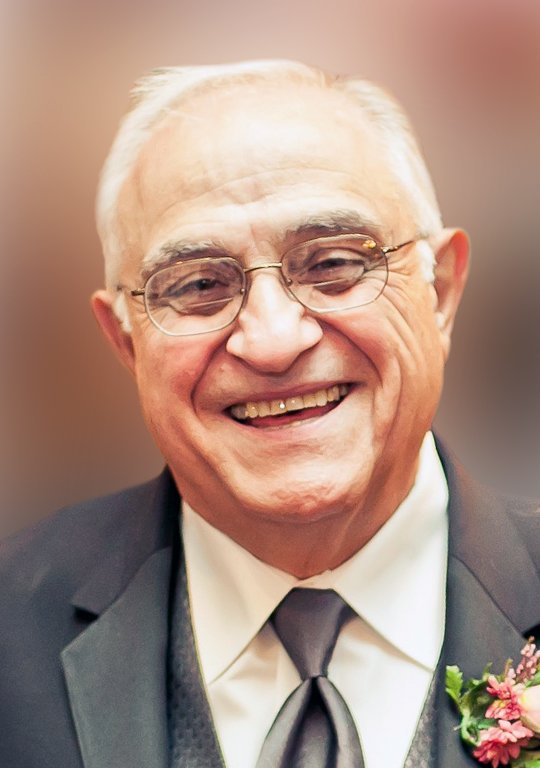 Obituary of Mario A. Bonfiglio

Mario A. Bonfiglio.  Age 83 of Brownstown.

It is with heavy hearts that we announce the passing of our beloved father on April 15, 2021 at Henry Ford Hospital in Wyandotte. He is joyfully reunited with his loving wife of 46 years, Nancy (Benoit).  Cherished father of Paul and Mary Tackett (Dan); loving son of the late Vito and late Michelina Bonfiglio; loving brother to the late Nino Bonfiglio (late Lori and late Pauline) and the late Frances Fermani (late Marcel); brother-in-law to the late Shirley Pendergast, late Edward Benoit (late Connie), Fay Knepp (late Dan) and the late Kathleen Haggerty (R. Michael).  He will be greatly missed by the many nieces and nephews who cherished him so dearly.

Mario played varsity football at Melvindale High School where he was a three year varsity letterman and all conference lineman as well as president of the student council his senior year, graduating in 1956. He went on to Wayne State University College, where he was a regular tackle on the football gridiron. After graduation from college he played semi-pro football for the Melvindale Redskins. He was inducted into the Melvindale athletic hall of fame in 2006.

Mario went on to receive his Master's Degree and was a dedicated high school math teacher, football coach, and statistician at Melvindale High School for 34 years and was affectionately known by his students as "Mr. Bon".  His passion for teaching also extended to those he tutored after school which included many of his nieces and nephews who were the beneficiaries of his math skills.  After his retirement from Melvindale, he continued his dedication to teaching math at Detroit College of Business for a short period and at University of Michigan Dearborn for another 20 years. It brought him such joy to see the light in his student's eyes when they made those math connections and understood.

His other love was golf which he played whenever he could especially in his retirement.  He spent many years working with the Southgate Junior Golf League as well as working at Raisin River Golf Course.  As much as he enjoyed golfing, it was the socializing with friends and family that he loved the most. He was also a lover of games, a fun wit, and a dedicated University of Michigan fan.

Thank you to all the doctors and nurses on the third floor at Wyandotte Hospital for their compassionate and loving care of our father in his final days.

Memorial service will be live streamed.  The family encourages anyone who wishes to participate to please do so.  Please click the following link to be directed to the live stream services: https://www.youtube.com/watch?v=pcaozfvdvY4

Get Directions
Saturday
15
May