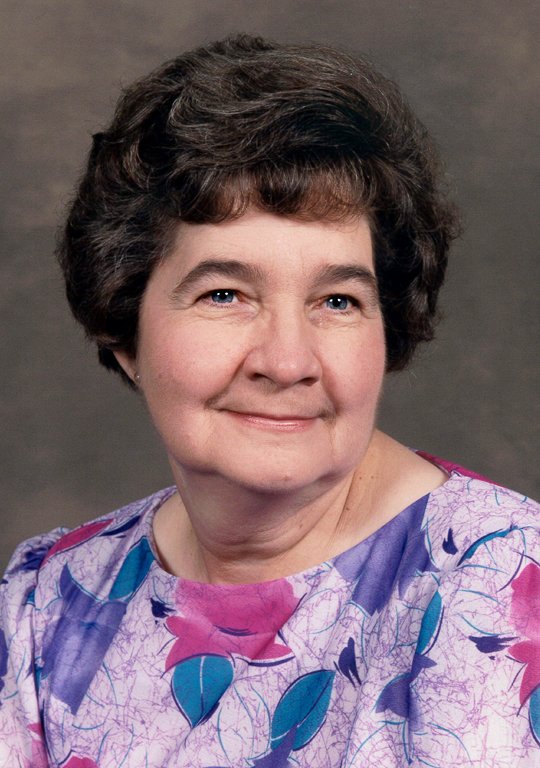 Estelle was born in Madison County, North Carolina on April 2, 1932. She was raised by two Christian parents, James Manco and Ollie Mae Ray Rhinehart. She was the middle child with her older brother, Robert, and younger brother J.C. (James Calvin).

Most of her Church life was at Enon Baptist Church in Marshall, North Carolina. She was baptized there at an outside service in Walnut Creek.

Estelle was definitely a daddy's girl; she would much rather work on the farm with her dad than learn how to housekeep and cook with her mother!  When she married, she couldn't cook, and knew nothing about taking care of babies which would become a hardship later in life after she married.

She had lots of friends in school. Her best friend, Grace Price, and her would still be close until death. She liked to have good fun. One time she and Grace dressed like boys along with the brother of her future sister-in-law, James Griffin, who dressed as a girl. Together they walked down main street and into the movie theatre, where Estelle's future husband was. They all laughed and had lots of fun.

She met her future husband at Ruby Lewis' home, who was another classmate. He and Estelle would soon start dating before eloping in October of 1950. Estelle's dad was so upset that he told her not to cross his ditch if she married him.

After returning from getting married, she went right to her dad. Although what was said will probably never be known, her mother said the next thing she saw was both of them crying and hugging --- nothing about it was ever spoken again.

Estelle had three children, Patricia in 1951, Gladson Jr. in 1952, and Glenn in 1958. Her husband, Gladson, told her she could work some after all the children started school. She quickly did just that! A new Kmart store was opening in Southgate, Michigan, and she started working there before they even opened their doors. She initially worked in the housewares department before eventually working in the pharmacy. Ultimately, that location ended up being closed and they were moved to another store. So she literally opened and closed the store.  Estelle remained there until she retired.

During her years of employment, she became close friends with Irene Conley, another sweet southern woman. She has made so many close friends throughout the years, mostly from her home church, Southgate Freewill Baptist. She grew to love a fellow classmate that went to church there, Selma Worley, also from church, Mamie Belcher, then Pearl Riddle. All these wonderful women have passed and I know that they are all welcoming her to her heavenly home now, probably saying "what took you so long?"

There are so many stories that can be told about my mother Estelle, but most important is how much she loved her family and loved her church. But most of all, she loved her Lord Jesus.