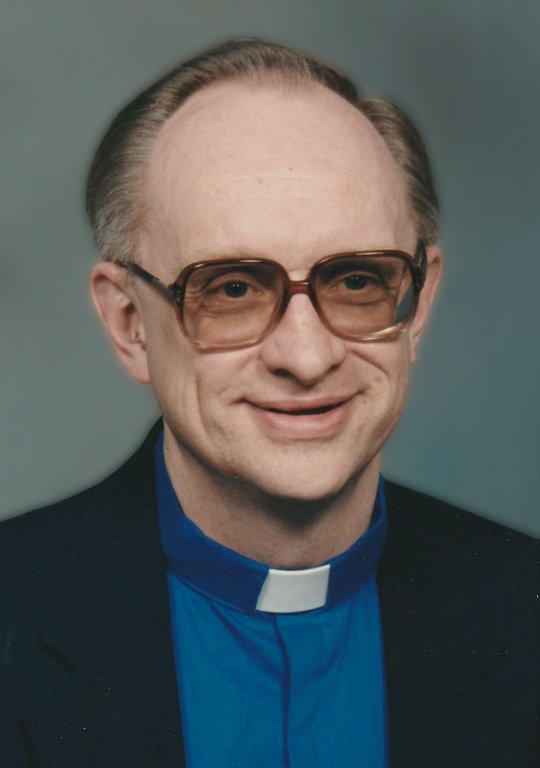 Fr. Jim was born in Monroe Michigan and moved with his mother to Ohio to reside with family during his father’s Military service in WWII. After WWII, his dad returned to his job with Great Lakes Steel and the family settled in Ecorse, MI. He attended St. Francis Xavier School in Ecorse before graduating from Sacred Heart Seminary High School and College and St. John’s Theological Seminary.  He was ordained a priest on June 3, 1967 at the Cathedral of the Most Blessed Sacrament in Detroit, MI and celebrated his First Mass on June 4, 1967 at St. Francis Xavier in Ecorse, MI.  He received his Doctorate of Ministry in 1991 from St. Mary’s Seminary and University in Baltimore, MD.

Fr. Jim served two three-year assignments as assistant pastor before his installation as pastor of Our Lady of Lourdes Church in July, 1973. At the age of 31, he was the second youngest pastor in the Archdiocese of Detroit. He remained the pastor of Our Lady of Lourdes until its consolidation with St. Francis Xavier and formation of St. Andre Bessette parish in 2013. He guided the parish of Our Lady of Lourdes through the difficulties associated with the closure of their schools, the eventual demolition of the aged Church building and the construction of the new Church building. In addition to his pastoral duties, Fr. Jim worked over twenty years as an adjunct professor at Madonna University in the Religious Studies Department.

Fr. Jim became a Chaplain for the Detroit Police Department in 1975 and subsequently served as Chaplain for the Wayne County Sheriff’s Department, the Detroit Metropolitan Airport, and the Federal Bureau of Investigation (FBI).  During his chaplaincy of the Wayne County Sheriff’s Department, he was called upon to counsel families of the victims of Northwest Flight #255 in the immediate aftermath of the crash on August 16, 1987.  The families of many of the flight’s crash victims formed a support group and Fr. Jim was a member and attended memorial gatherings for much of the remainder of his life.  Fr. Jim was also the Michigan State Chaplain for the Daughters of Isabella for many years.

He joined the International Conference of Police Chaplains in 1975 and this organization became an important part of his life. He was elected Vice-President of the ICPC in 1981 and President in 1983. He was certified Master Chaplain in 1988 and joined the Board of Directors in 1989. He became a Life Member of the organization in 1994.

Due to Fr. Jim’s experience with counseling survivors of tragedies such as Flight #255, he was invited by the FBI to counsel first responders at Ground Zero following the destruction of the World Trade Center in September, 2001.  He remained at Ground Zero for two weeks, including his 60th birthday.

One of his life’s highlights was the celebration of the 50th anniversary of his ordination to the priesthood in June, 2017 which was shared by many of his family, friends and former parishioners.

To quote Fr. Jim from one of his parish bulletins: …… it has gone on long enough and so I end with “until the next time ….” Fr. Jim Wieging Aka: Papadoc

In lieu of flowers, memorial contributions can be made to the Capuchin Soup Kitchen or the Michigan Humane Society.