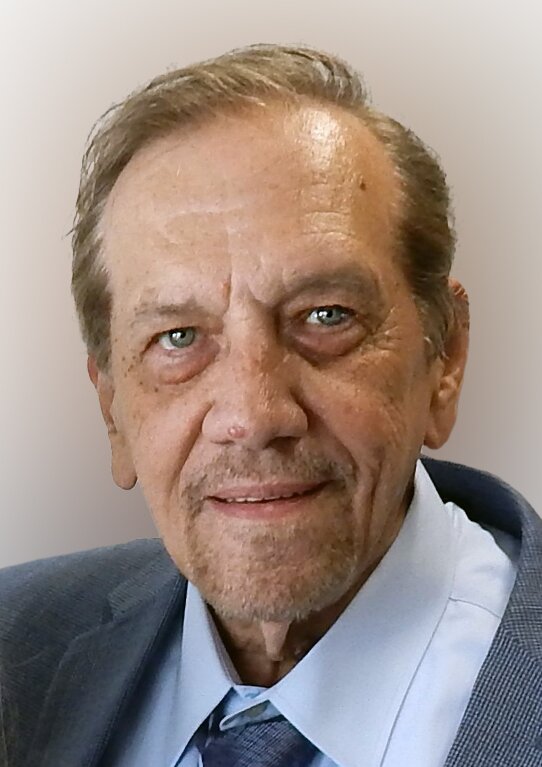 Charles Edward Bucienski.  Age 79 of Brownstown, died peacefully surrounded by family on Saturday, August 28th at Beaumont Dearborn hospital. Charles passed away after a brave battle with amyloidosis, a rare form of bone marrow cancer. He was a private man, a family man, and devoted husband, married for 53 years to his loving wife, Patricia Bucienski.

Charles was a tall brooding man, stoic in character, but his family remembers him best with a smile on his face and a joke on his lips. Those that had the pleasure to know him, knew his funny bone well, as it was very contagious. He despised phonies, people that put on airs, and “lazy bums”.  He had real passion for music, attending concerts, collecting vinyl, downloading heaps of songs and playing guitar for many years. His fashion cues were taken from the expression “good guys wear black” and his signature everyday-look was a plain black t-shirt with black “slacks” accompanied by black tennis shoes, a fashion commitment that never slipped even in the sweltering heat of the summer. During Charles’s retirement years you could find him dressed in black, sitting in his massage recliner, eating strange pickled foods, and watching Fox News too loud for any normal set of ears.

Charles spent most of his career in service to Michigan Bell/AT&T where he installed and maintained fiber optic lines and told us all about cellphones long before they were a thing. But he also learned, while there, that getting zapped by hot electric lines in the home is apparently “no big deal.”

He excelled at photography (though his family could be heard saying“take the picture already!”), he gave sage-like advice from his years as a self described “bad kid”,  he survived every heart attack his children gave him (some worse than others),  and he took extreme pride in his grandchildren. The family officially recognizes him as the toughest man in the universe and will be exchanging witness testimony as proof in the years to come.

A celebration of Charles life will be held on September 18th at Kingsbridge Condominium Clubhouse, 30332 Windsor Dr., Gibraltar.