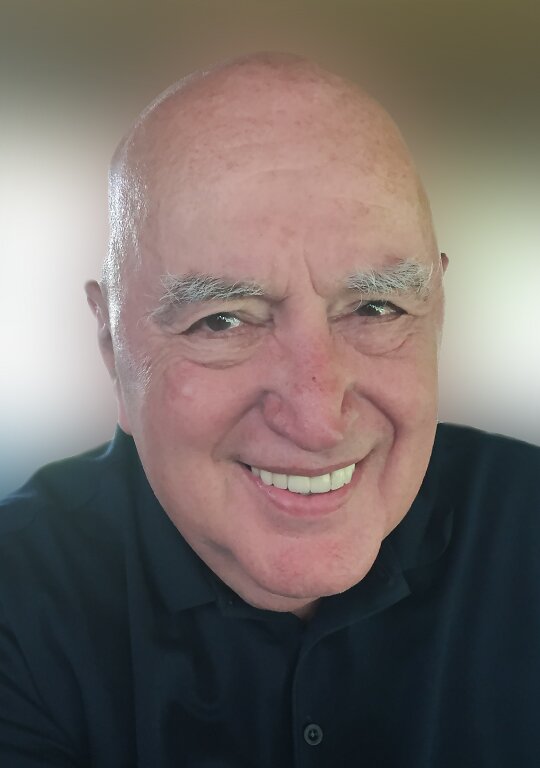 A memorial service will be held at a later date.  Please check back for updated service information.

Bob Ruzzin was the son of Italian born Corinne and Attilio.  His parents taught him to cook at an early age, and so his entire life he made “moms” pasta sauce, which meant he was always ready for a pasta night with family and friends.

He grew up in Melvindale and graduated from Melvindale high school in 1957.  In school, he made friends in kindergarten. His "brothers" Lou, Mickey and Darryl have remained friends to this day.  After school, he served in the Air Force Reserve and was called into active duty during the Cuban Missile Crisis.

Bob had three wonderful sons, Chris, Geoff and Matthew with his first wife Ann.  In 1994 Bob married his wife Lenette.  They enjoyed 27 happy years together with beloved family and friends.

Bob was a caring, thoughtful, generous and big-hearted man who always had a story to tell.  No one was a stranger to him.  Intelligent and cultured, he loved art, music and history. He and Lenette loved going to the DIA and had traveled to Italy, Paris and London, taking in the sights, museums and great food.

He retired from Ford Motor Company after 46 years where he was an engineer in the Dearborn Glass Division. During his career at Ford, he received recognition and awards for his problem-solving abilities.

Bob used his many skills and talents in the restoration of their beautiful victorian home in Wyandotte that he purchased from the city.  It was moved from behind Nixon Funeral Home to make room to enlarge their parking lot. The city moved the home several blocks down on Biddle Avenue.  He and Lenette spent thousands of hours patiently and lovingly restoring the home and filling it with an eclectic mix of antiques.  He took great pride in this accomplishment.

Some of his loves include Better Made potato chips, watching Jeopardy, scouting out a good bargain, doing puzzles, watching British mysteries on Brit Box, keeping up with world affairs and going to Bob Joe’s for chocolate custard which he cruised to in his vintage 1970 Mercury Marquis red convertible.  The Mercury better know as “Baby” has been shown at the Greenfield Village Motor Muster event every year along with the 1952 MG he restored.  Bob loved working on his cars and taking them for a spin on summer nights.  He had also restored a unique scooter that was only produced for a few years, a white and turquoise Harley Davidson made in the 1960s.

Most of all Bob loved his family and friends.  He will be dearly missed and forever in our hearts.