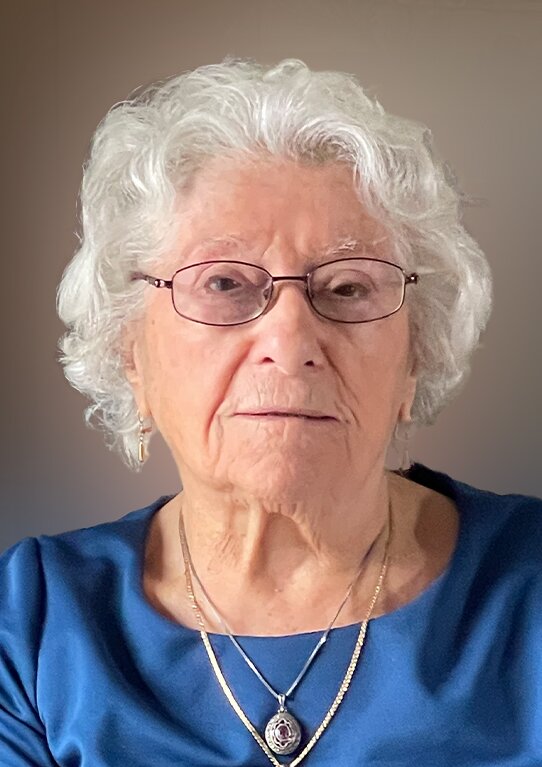 Emilia (Emily) Settimia Notargiacomo was a most beloved mother, grandmother, sister, aunt, and friend. At the age of 94, Emily passed away peacefully on 13 January 2022 at her home in Southgate surrounded by her children. Emily was born on 30 September 1927, in Bagnoli del Trigno, Italy to Candida Vespa (neé Minni) and Pietro Vespa. She had a long, wonderful, and difficult life including living in Italy during World War II when under invasion by the Germans and its subsequent liberation by American and Canadian forces.

She immigrated to the US after World War II at the age of 20 and was reunited with her entire immediate family. She said this was one of the happiest times of her life. A few years later she got engaged to Frank Notargiacomo on 4 March 1950 and was married on 1 July 1950 at Holy Cross Church in Delray Michigan. Emily was smart, creative, energetic, hardworking, and a perfectionist. She said that if she had been born in a different time and place, she would have been a doctor or a lawyer. She was perpetually curious. She put her family above all else, would always try to help others, and did not know how to say “No.”

She was a great cook and baker, seamstress, and was constantly crocheting or knitting. As recently as a few weeks before Christmas she was making cookies, raking leaves, making sausages, and driving. We expected her to live forever.