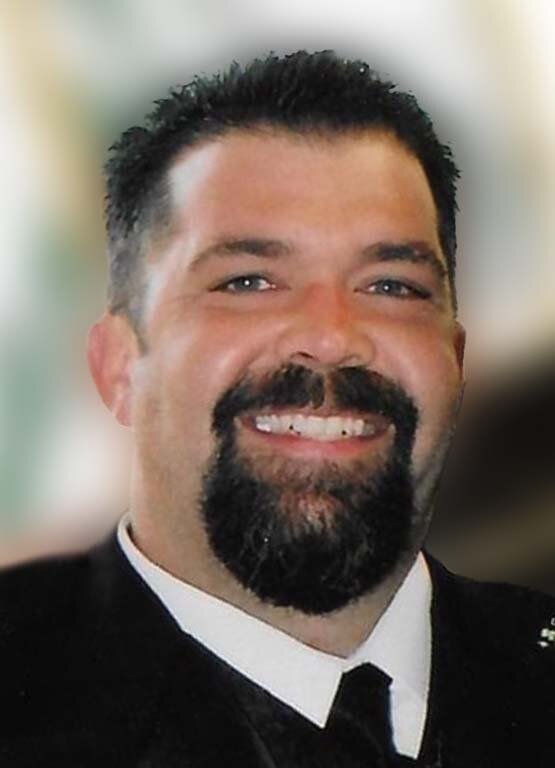 Brian Kohns went to Wyandotte Roosevelt High school where he was a proud member of the marching chiefs. He was also on the tennis team, in school musicals and in Rovasi Chorale. Some of you may not know this but..He had some pipes. He played softball for the church league and loved all kinds of sports. He was a Huge Red Wings, Lions, and Michigan fan. He loved to watch sports with his kids and enjoyed a friendly rivalry { Michigan vs State } even within his own family

Brian made a living working with his hands but it was also a passion for him.  He was a Highly skilled Welder. He loved tools and his “man cave”. From the time he was around 8 years old he was fixing everything from the vacuum cleaner to all the neighborhood bicycles. Pretty much anything that needed fixing. He worked on cars, bicycles, motorcycles and household repair. In his youth he even restored an antique 54 Ford bought by his Dad. He took it from a dull grey piece of junk to a shiny red beauty.  If something needed fixing he was in his element and it didn’t matter if you had known him for 5 years or 5 minutes –“Let me go get my tools”- he would say, and get to work.

In addition to that generous, giving spirit he will be remembered for his fun- loving nature. His antics kept everyone laughing. He definitely knew how to be the life of the party. He could start a conversation with absolutely anyone and by the end of it you were no longer a stranger, but a friend. No matter what his personal situation, he approached life with humor and always wanted to make others smile and laugh. He brightened a room with his joking, teasing manner and contagious laughter.  He did have a serious side as well though. He loved his family, and he loved his friends. You could hear it when he talked about the people in his life. He even enjoyed a good sentimental Hallmark movie. Over the last few years he enjoyed sharing this past time with his sister. They loved to laugh and make fun of the corny ones or cry together over the more touching ones. He would choke up a little and say, "Yeah, I know. I gotta little sugar in my tank."

He was especially proud of his 3 children Pablo, Shelby and Jake and overjoyed to be a grandpa. As he was heard saying often, “My kids are one of the best things I gave to this earth.   My family is my pride and joy, I am so proud of all of them.”

Many may not know that Brian joined the Marines when he was 18. He went to boot camp and came home a few weeks later, on crutches, looking like he’d been to war. In true Brian fashion, he fell from the top of a wall during drills injuring himself bad enough that he was medically released from service. (Ending that before it began.) But of course, also in Brian fashion, he joked around about his clumsiness and made it pretty easy to tease him about it. In truth, although he took some good -natured crap from us, we were all really very proud that he wanted to serve his country.

Brian was taken to his first Lions Game by his older brother Carl and several more after that. They often boasted that the Lions never lost a game when they were in the stands. (seems like they must have stopped going )

A favorite memory for his Siblings will be the joy and laughter we shared one night in December 2019 on an outing to Holiday Nights at Greenfield Village. We were all together and its hard to remember another time we laughed so hard and enjoyed just being together so much. And to think Brian, you almost didn’t go. Brian’s knee was in bad shape at the time. But with the help of a wheelchair, that Brian had a lot of fun with, we were all together. We will always treasure that memory.

His sister Tammy says she will treasure getting to know her brothers serious, sensitive side over the last few years as they shared some life challenges and health issues during  conversations and visits where Brian was quick to offer prayers and support.