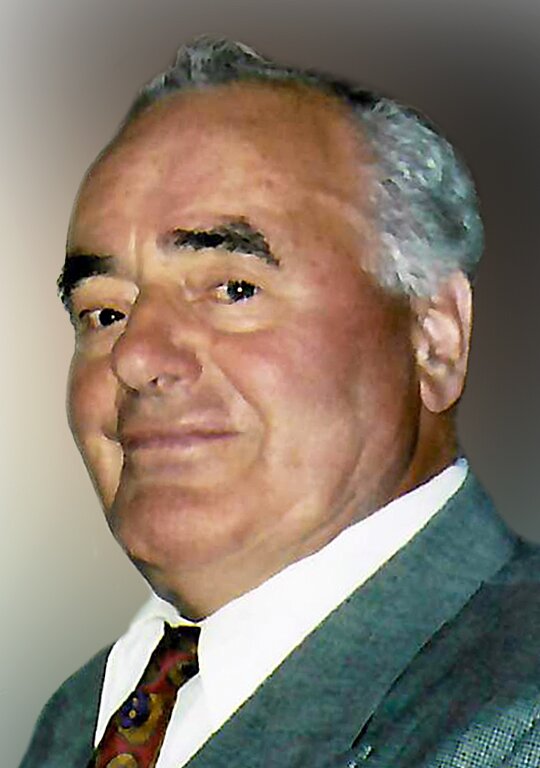 Francesco Drogheo, most commonly known as Frank, was a kind, carefree and relaxed person who enjoyed taking life at a slow pace.  A delicious meal cooked by his wife Angela, a car ride in his Cadillac and a day spent working in the garden were a few of his favorite things.  On January 22, 1956, Frank Drogheo left Castro Dei Volsci, Italy for the United States of America.  His wife, Angela, was already in the United States for nine months waiting for him.  Frank and his brother-in-law Emilio journeyed to Naples, Italy where they boarded the Cristoforo Columbo ship for emigration.  They lived on this ship for over a week before arriving at Ellis Island in the United States.  After eventually arriving to Michigan and getting settled in Allen Park, Frank worked as a construction worker and eventually a factory worker to support his family.

He enjoyed bringing large sandwiches filled with Italian meats and cheeses to work for his lunch break; many of his coworkers nicknamed him “big sandwich”.  Frank occasionally missed the seven years in Italy when he worked as a police officer and could walk into any coffee shop or restaurant and not have to pay if he showed his badge.  In 1959, Frank and Angela gave birth to their first son, John.  Seven years later, in 1966, they gave birth to their second son, Steve.  Frank was overjoyed to be a father and raise his sons with his wife, Angela.  Together, they taught John and Steve the value of hard work and the importance of family.  Frank and Angela were also immensely grateful to have six grandchildren – David, Philip and Sarah from their son John and his wife Elaine, and Ryan, Marissa and Jacob from their son Steve and his wife Maria.  Frank and Angela loved having their children, grandchildren and daughters-in-law over for Sunday spaghetti dinners and holidays.  They would tell everyone to “eat” once the food hit the table, and once everyone was full to the brim, they would tell them to “eat more!”  Frank worked at Ford Motor Company for twenty-four and a half years before his retirement at the age of 65.

He was able to enjoy almost thirty years of retirement.  During his retirement, Frank enjoyed making homemade wine with Angela, attending Cabrini church and getting coffee with his friend Joe.  Frank liked coffee so much that he was also known as “coffee man”.  Frank also enjoyed walking around the mall with his friends and passing out chocolate bars to anyone and everyone to brighten their day.  When Angela passed away in 2015, Frank was deeply mournful and greatly missed the days spent with his wife.  He enjoyed his last seven years with his children, grandchildren, friends and community and longed for the day when he’d see Angela again.

Memorial contributions are appreciated to a charity of one's choice.

Get Directions
Wednesday
18
May