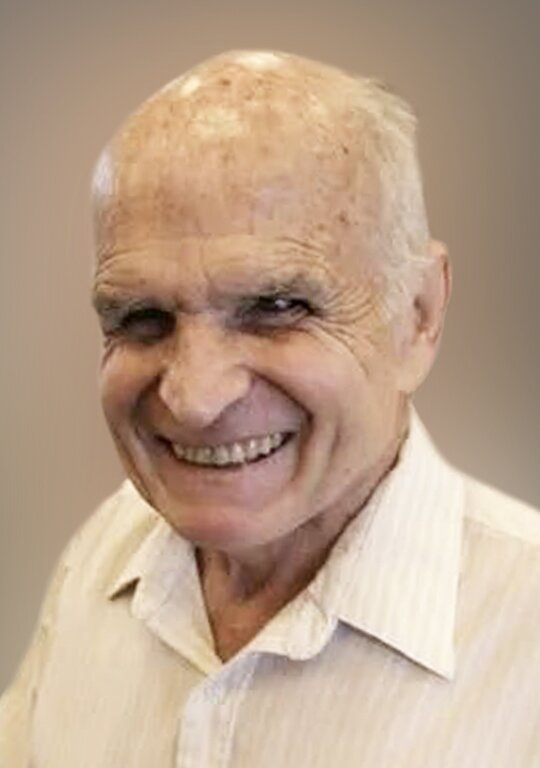 Ted (Richard Theodore) Lennox passed away peacefully on July 3, 2022, at the age of 89. He was preceded in death by his loving wife of 45 years Laura C. Lennox. He was also preceded by his brother Cecil Lennox.  He is survived by his children Marla Scannell (Paul) and Amy Hernandez (Jesse) and grandchildren David Scannell, Emma Scannell, Brittany Scannell, Anna Hernandez, Cody Scannell, Sarah Hernandez, and Naomi Hernandez, his brother Frank Lennox and many nieces and nephews.

He wrestled 3 times in the MHSAA state wrestling tournament, he finished in 3rd place in 1948 and runner up in 1949 for the Lansing School for the Blind at the 95 lb. class and 3rd place in the 127 lb. class for Lansing Sexton High School in 1951.  He was also a walk-on with the MSU Spartan wrestling team where he later earned a full-ride scholarship and wrestled at the NCAA division one tournament in 1955.  He continued to be a life-long Spartan fan and always cheered on his beloved Spartans.

He was an active member of the Downriver Runners Club running with member guides. He ran many races including several marathons.  He truly enjoyed running with great friends and the fellowship they shared.

He was a member of Wyandotte First United Methodist Church where he actively participated in Bible studies and spent many hours joyfully doing dishes with the Methobees for various church functions.

A memorial service will be held at Nixon Funeral Home on July 23rd at 10:30 am with a brief gathering time to start at 10 am.  A time of food and fellowship is planned following the memorial service at Wyandotte First United Methodist Church.  Memorial gifts can be made to Lions Club International or the Dutton Memorial Scholarship Fund at Wyandotte First United Methodist Church.