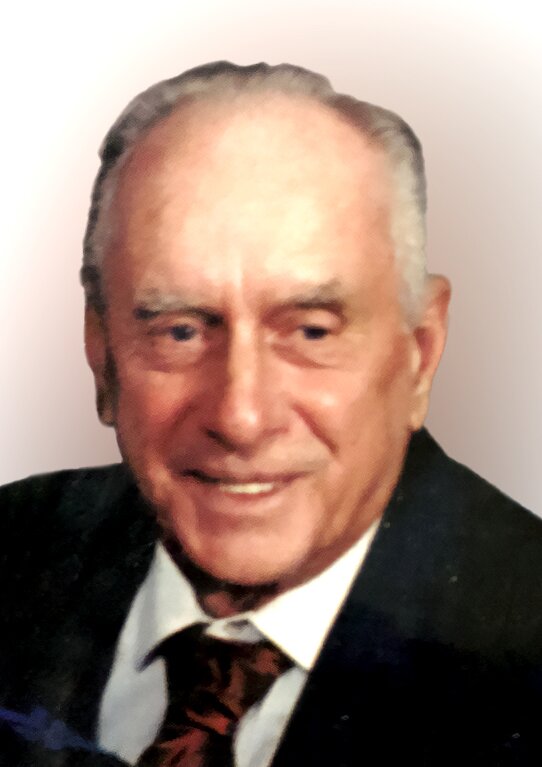 Surrounded by his loving family, Carroll Thomas White peacefully transitioned from his earthly life on August 7th, 2022. While he missed his goal of making it to 100 by 16 months, he gave it his best shot, which was how he lived his life. Preceded in death by his loving wife, Betty in 2020, his survivors include Bob White, wife Joanne Alexander and their sons, Carson, Marshal Thomas, and Wyatt, Marcia Mai and her children, Elisa and Evan, and Ron White and his wife Mi Yeon and their children Min Woo and Min Yong. Also surviving are his great grandchildren Nina, Vera and Felix. Carroll adored his grandchildren and great grandchildren and his affection was generously returned.Carroll was the son of Arlie and Fay White and oldest and last living of four children, two brothers, Floyd and Lavern and sister, Wilma, raised in the small Iowa town of Linden. After marrying Betty, they moved to Michigan in 1952. They moved to and became part of the Wyandotte community in 1957 where they raised their three children. Carroll stayed in the house he shared with Betty for 62 years, and up until the last few months, he mowed his own lawn and navigated a highly independent and social life.

He served overseas in World War II and at the time of his death he was one of 180,000 survivors of the 16 million Americans who served in that war. He went to pilot training at Mississippi State University but was deployed as a military driver before becoming a pilot. Not surprisingly, he wenton to obtain a private pilot’s license when he returned from the war.

He worked as an over the road and local truck driver for over 50 years, hauling everything from livestock and furniture to steel and gravel, and he designed and had trailers built that allowed him to carry the maximum weights allowed, or maybe a little more!

Betty brought him with her to support volunteer efforts at the Wyandotte Presbyterian Church, where he helped wash dishes in the kitchen and eventually he became part of the church community as well. At the time of his death, he was a member of the Lincoln Park Presbyterian Church.

Carroll will be greatly missed by his family and long-time friends.

Celebration of life service will take place at Lincoln Park Presbyterian Church on Saturday, September 24, 2022 at 11:00AM.