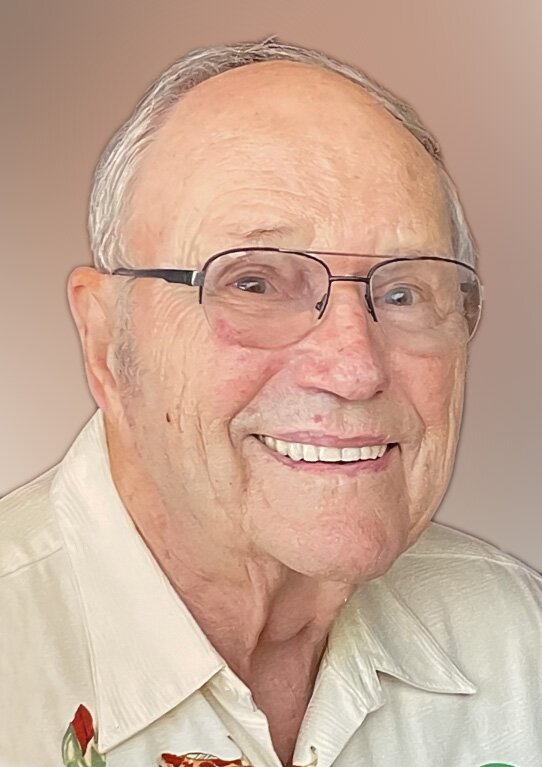 Ronald “Ron” Tyson Perry, 93, died peacefully at his daughter’s home in Grosse Ile, Michigan on Tuesday, September 6, 2022, shepherded to “a place prepared” in Heaven for him by Jesus.

Ron was born September 28th, 1928, on a farm in Champaign County, Ohio, to Mabel (Carrick) and Titus Perry. He graduated from Urbana High School where he excelled as a leader, athlete and artist. He earned a diploma in Aircraft Drafting from Chicago Tech Institute and also an Industrial Design degree at Dayton Art Institute. Following service for the United States Army Honor Guard in Korea, Ron spent 32 rewarding years as a car stylist, designer and manager at Ford Motor Company in Dearborn, Michigan.

Ron met the love of his life, Dolores “Dolly” Motter, on a ski excursion in 1960, and they married just three months later. He was an inspirational dad and grandpa- modeling selfless love, faith and trustworthiness. He worked hard, but always made time for family, fun and adventure.

Ron enjoyed: spending time with his family, boating, skiing, inventing contraptions to improve his home and vehicles, watching football (with a bag of Mumford’s potato chips), traveling, listening to Big Band music and dancing with Dolly. Retirement took Ron & Dolly from Grosse ile, to Mexico, African Safari and many places in between. He designed and built their dream home in Sedona, AZ where they hosted many family Thanksgivings over the years. If you were lucky, Ron would take you for a white-knuckle ride in the Ford Bronco on Sedona red rock trails. His final years were spent back in Michigan, appreciating the simple pleasures in life.

Memorial gifts can be made to the Juvenile Diabetes Research Foundation (jdrf.org).