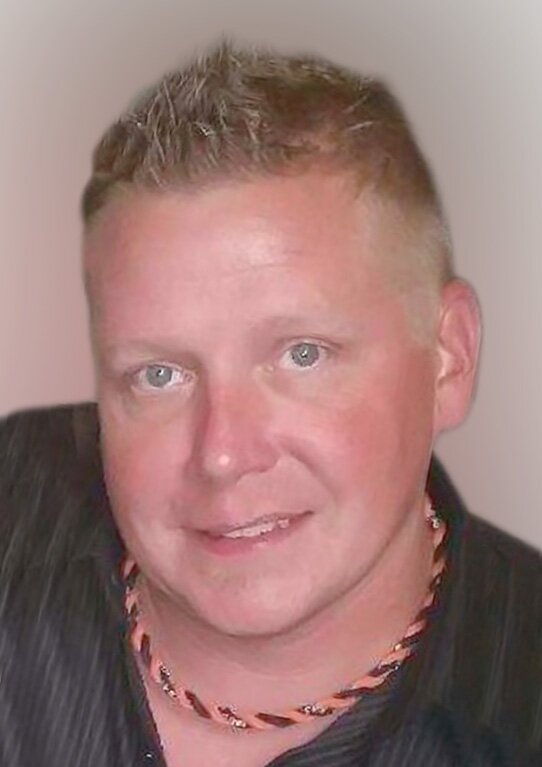 Charles went home to be with the Lord on Monday, September 12, 2022, at his place of employment in Belleville, Michigan.  Charles was born July 22, 1973, in Trenton, Michigan to Charles Edward Maxon and Nancy Kennedy Strothers. Charles worked as a Maintenance Supervisor/Safety Manager/Building Superintendent for Mayser USA for the past four years.  Charles is survived by his loving wife of 7 years, Angelyn Maxon and his best girl, Charley Angel, his furbaby.

Charles is survived by his children: Justin Maxon, Skylar Sindone, Kamryn Sindone, Andrew Maxon, and Asher Maxon along with his stepchildren, Gabriella Rolak, and Isabella Rolak.  Charles also has 8 loving nephews, one niece, and one grandson.

Chuck entered the work force and worked as a journeyman carpenter for many years.  He also worked in manufacturing plants in Ohio and Pennsylvania during different periods of his life utilizing his uncanny ability to create, repair, and build.  His work history and talent are what brought the attention of  Mayser USA, where he started work in September of 2018; he was responsible for multiple areas including repairing robots, leading the extrusion department, and ensuring that all followed safety rules.  These important business roles gave him a strong sense of pride and confidence, becoming one of his all time favorite careers.

Chuck was famous for his big smile/laughter, his stories (sometimes repeated), his love of music (loud), and his unusual knowledge.  Chuck was always ready for a new adventure, especially if it included traveling, camping, friends, and Bud Light; happiness was found in making others laugh, polishing his truck, spending time with his Charley Angel, working with Legos, date nights on Thursdays with his wife, watching U of M football (sometimes the Lions) and of course, meeting at the Dotte!  If you were in the same room with Chuck for a few minutes, you would not only know him, but you would remember him, which led to Downriver Fame.

Highlights of Fame Include:

Chuck will be remembered for his witty one-liners, his big smile, and his loud laugh. He had many friends and helped others when he could, especially when he felt they were the underdogs in life.   He was a loving husband, son, brother, and friend, who will be missed so much.  Chuck taught those close to him life lessons on what it meant to truly live and enjoy life, and value each day with our loved ones.