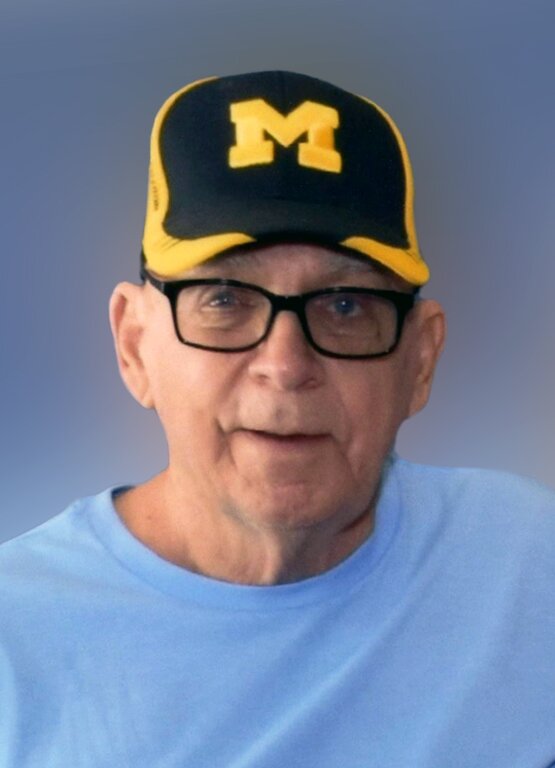 David Pates was born December 18, 1938, to William and Sophie Pates. Throughout his childhood, David was an active and fun-loving boy. He attended Taylor Schools and upon Graduation from Taylor Center HS in 1956, David enlisted in the Air Force, where he spent time in Antarctica. After completion of his service, he returned to Michigan and found employment with Ford Motor Company and worked there until he retired in 2003 from the Woodhaven Stamping Plant. David then followed his dream of moving to his retirement home in Alpena, Michigan and enjoyed having family to visit, often keeping his grandchildren for the summer.

In 2004, David attended a tattoo party where he met his amazing wife, Denise, and in 2006, he moved back downstate to be with her. David then joined the Detroit Beach Boat Club, where he became a Trustee, and enjoyed many years of fun with so many beloved friends.

David was easily recognized as the University of Michigan’s biggest fan.  David also enjoyed fishing, boating, attending parties as well as playing on a pool league and many bowling teams. David also had a love for animals, especially his cat, Sprout, and at one time in life he bred and showed dogs.