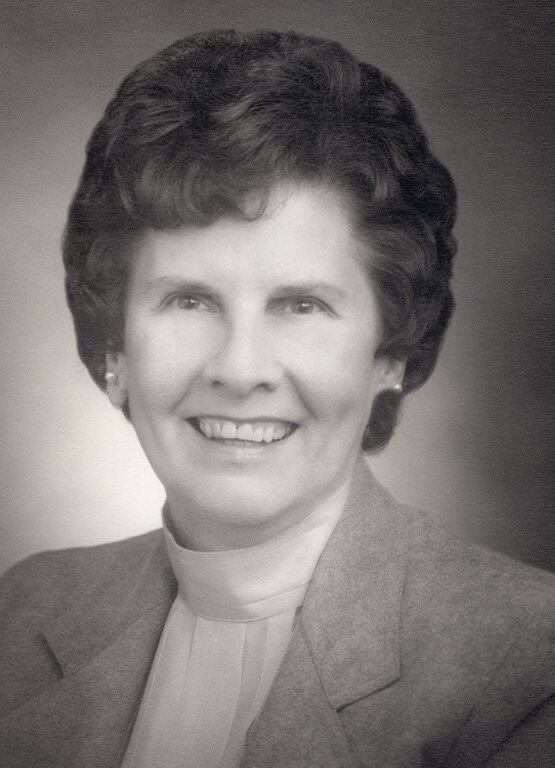 Veronica passed away peacefully at home on November 13, 2022. She was born January 13, 1925, in Wyandotte, Michigan, to her Polish parents, Jan and Helena Latta, as the youngest of eight children. Her parents emigrated from Poland in the early 1900s first settling in Pennsylvania before moving to Wyandotte and establishing the Latta Feed Store.  She was preceded in death by her siblings Laurence, Edmund, Helen, Eddie, Sophia, Mary, and Wanda.

Veronica’s work varied throughout her life following graduation. She was a teacher, owner of Latta Insurance Agency and gift shop proprietor. Ronnie became director of the Martha Cook Board of Governors at the University of Michigan and served on other alumni boards.  In 1984, she was elected to the University of Michigan Board of Regents. She was known as the “Students’ Regent.”  Her advocacy for students was recognized by the Michigan Student Assembly in 1992, a first for a regent.  In addition to this commendation, she was honored to have met four U.S. presidents through her service to the University.  Veronica, as Regent Emerita, continued to participate in University commencements and attended football games until she was 95-years old.

In 2017, her children established the Stewart and Regent Emerita Veronica Latta Smith Scholarship for Siblings to support families with multiple children attending the university. Stewart and Veronica generously supported the scholarship fund over the years.

In lieu of flowers, please consider donating to the Stewart and Regent Emerita Veronica Latta Smith Scholarship for Siblings Fund – 798869 at the University of Michigan or to the Detroit Rescue Mission Ministries.

A funeral mass will be conducted at Sacred Heart Catholic Church, 21599 Parke Lane, Grosse Ile, Michigan at 10:00 am, instate at 9:30 am, on Saturday, November 19th.  A visitation will be held at Molnar Funeral Home-Nixon Chapel, 2544 Biddle Avenue, Wyandotte, Michigan, Saturday, November 19th from 3:00 pm to 6:30 pm, with a family remembrance at 6:00 pm.  She will be buried with Stewart at Great Lakes National Cemetery.