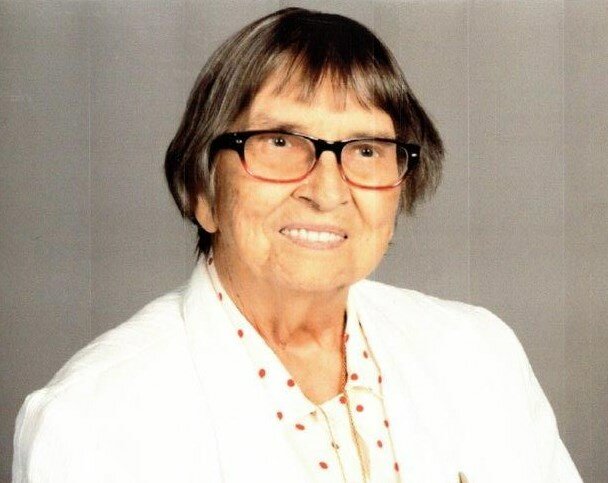 Mary Washko was born in Opalyi, Hungary, Szatmar Mege not too far from the Pilgrimage Basilica dedicated to Maria Poch, the Weeping Icon of the Mother of God.

Her parents, Miklosc & Juliska(Popovich) Kovacs with their 3 daughters and 1 son left Hungary for America in 1947. Mary worked as a housekeeper for the Cohen family in Monroe, Michigan and began to learn English. It was there that she met Steve Washko, her future husband. They were Crown in Marriage at St John the Baptist Hungarian Greek Catholic Church in the neighborhood called Delray in Detroit, Michigan. Mary worked packing tomatoes for Harry Packer to help purchase a home and cover the cost for Catholic Education for the children.

The family moved out of Delray to the Melvindale where they purchased their dream home continued to raised 4 children. She eventually landed a job in housekeeping at Oakwood Hospital and retired after 25 years. They were dedicated in helping to establish a Byzantine parish, Christ the King in Taylor, Michigan as the old church in Detroit was surrounded by deteriorating neighborhood.

In the year 2000 she proudly became an American Citizen.

When her husband Steve took ill due to emphysema, she cared him until he fell asleep in the Lord in August of 2005. She moved in with her son, Fr Stephen in Phoenix, Arizona then moved  with him to Anaheim, California in 2015. Both the Cathedral Parish in Phoenix and Annunciation Parish in Anaheim gave her new life and friends she loved and was thankful for knowing and being part of the parish.

Mary quietly fell asleep in the Lord in the rectory in Anaheim, California with Fr Stephen and Mary Barbara at her side.

Services will be held with Funeraria Del Angel, Anaheim CA.