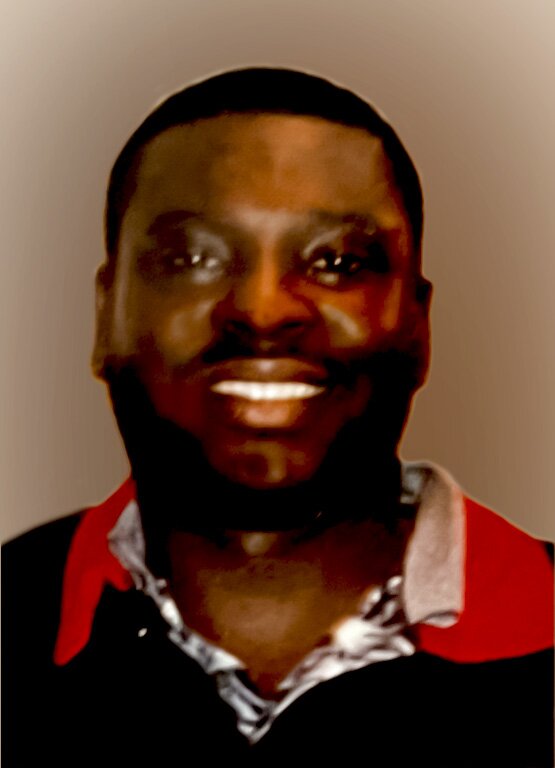 "Keshera" or "last baby", as my mum will affectionately call him. Richard Kwabena Appiah was the baby of the family. He was clever from a younger age. He would never join in the mischief his siblings engaged in but would instead run and tell on us, thus dubbed "Okoro". When we would get punished, which I, the elder, always bore the brunt of, Richard was never
punished. Richard Kwabena Appiah was born in Accra, Ghana, on the 21 st of May 1974, to the late Mr. Edward Akumfi-Agyemang of Accra, Ghana, and Victoria Ama Kramer, nee Anokye of USA. He attended Happy Home Academy in Accra, Ghana, then Primary School in Chiraa Sunyani. He then proceeded to Aggrey Memorial Secondary School in Cape Coast, Ghana. In his
youth in Ghana, Rich exhibited his love for football and played along with his brothers, cousins, and friends.

It was not a surprise that when he migrated to America, he still wanted to play football, thus joining his Ghanaians and other African brothers to play football whenever the opportunity arrived. Richard had no difficulty when it came to working for the "buck", as he often used that word. He started working at Taco Bell, where he showed excellent skills and was loved by his
managers and supervisors. He was always called upon whenever the need arose, and Richard responded and was rewarded immensely. Richard had the opportunity to work at Target Steel
in Riverside, Riverview of, Michigan. Richard later worked for Caravan Facilities Management Services within Chrysler Plant Trenton, Michigan. He always went above and beyond in his work and had the opportunity to take various courses and train on multiple pieces of types of equipment, which led to more certifications. He never hesitated to assist, pick, and work shifts
for colleagues when needed. Being part of the UAW gave Richard a sense of inclusion in changes that happened in the labor force, State, and National level; by excising his votes. He also met many people from various walks of life, although he was shy.

Although Richard never married and had no children, that did not stop him from loving children and his nieces: Susanna, Indira, Sandra, Venessa, Minnie, Abigail, and Diana. To Richard, Susie saw his niece and younger sister. Whenever there was an argument among us siblings, Susie's words of wisdom would be accepted as the final verdict to end the disagreement because she always remained neutral. Richard loved Indira, Sandra, Venessa, Minnie, Abigail, and Diana. His nieces in this country would visit him whenever possible, and he delighted in them. Richard's fight was to be there for the girls, and one of his last wishes after discharge from Main was to see the girls only. Richard will be greatly missed.

The family would like to thank all their friends and colleagues for all your sympathies.