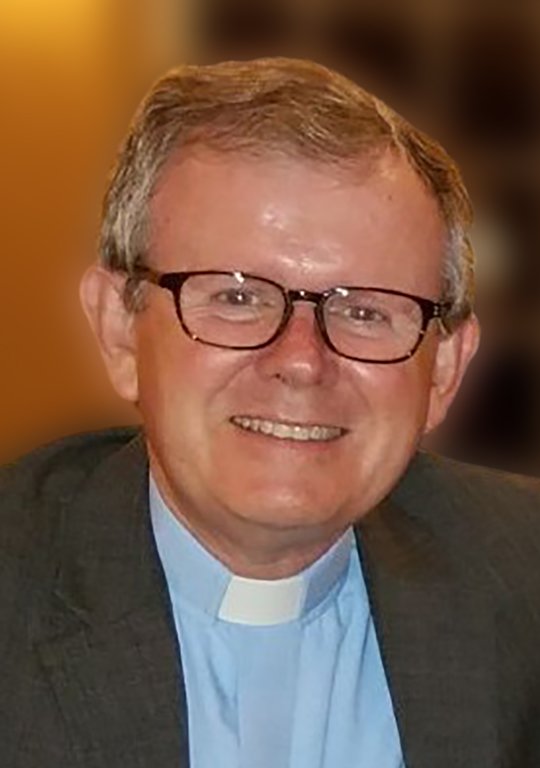 Send Flowers
Share this Tribute:
Share Obituary:
Share Your Memory of
Father Michael
Upload Your Memory View All Memories
Be the first to upload a memory!

Born on May 24, 1958, in Cork, Ireland. He was the second son of his late beloved parents, John Joe and Josephine (Josie) and had two brothers, Tony and Kieran who also predeceased him. He is sadly missed by his loving Pallottine Community, his family, sister-in-law Linda, nephew Conor, niece Christina, his uncle Fr Michael Cremin, O.Carm, many cousins and their families,  by his much-loved parishioners and by a wide circle of friends.

Fr. Mike was called to serve the Lord and he entered the Pallottine Community in Thurles, Co. Tipperary, Ireland, in September 1976, he received his formation in Ireland and made First Consecration as a Pallottine on May 31, 1979, and was ordained to the priesthood on June 11, 1983. Michael began his ministry in England and served as parochial vicar at the Parish of Our Lady of the Visitation, Greenford, Middlesex. He went on to serve as Chaplain at Cardinal Wiseman Secondary School, Greenford.  He had the opportunity for further studies and pastoral development and spent a year at the Institute of St. Anselm, Cliftonville, Kent, England. He was later transferred to Ireland and spent 6 years at St. Patrick Parish, Corduff, Dublin and while waiting for his visa to minister as a priest in the US he worked at our Pallottine Mission Centre in Thurles. He was appointed to the Pallottine Mission House in Wyandotte in 2004 and then to the parishes of St. Joseph and St. Vincent Pallotti in Wyandotte.

Fr. Mike made his home in Wyandotte as pastor of St. Vincent Pallotti Parish. He is well known in the community as the “little Irish Leprechaun priest.” There wasn’t a day that went by that someone would see him out and come to talk to him.

Fr. Mike was a “people’s person” and this characterized his 36 years of priestly ministry, he was committed to the ministry entrusted to him, he was positive and outgoing and tried to bring joy, the joy of the Gospel to all pastoral situations.

Fr. Mike was gracious, giving and was kindhearted. He reminded us that it is important to be around the people that bring out the best in you. Fr. Mike would stop whatever he was doing to assist those who needed him.

Fr. Mike loved the children of the parish and it would please him so much when he saw them attend Mass and assist him in serving Our Lord at the altar.

Fr. Mike enjoyed his new Rectory, which he called the “little house on the Maple.” It gave him a bird’s eye view of St. Joseph Church as he sat at the kitchen table having tea and cookies. Fr. Mike looked forward to planning his parish trips to Ireland and abroad, and always enjoyed being the “travel agent” for the group.

Sadly, Fr. Mike was diagnosed with cancer a few years ago and he faced it with hope. All throughout he never lost his positive outlook and his desire to continue to minster. He was very much “at home” in Wyandotte and lived his last weeks knowing that he was buoyed up by the prayers, Mass intentions and good wishes of his community and his many, many friends, as well as the bowls of soup and snacks prepared with care to tempt his depleted appetite.

Fr. Mike will be sadly missed, as he would always remind us, “I’m just on the bus behind you.” Now Fr. Mike is on the bus ahead of us all.

May he rest in Peace.